8 Facts About Stroke and Smoking 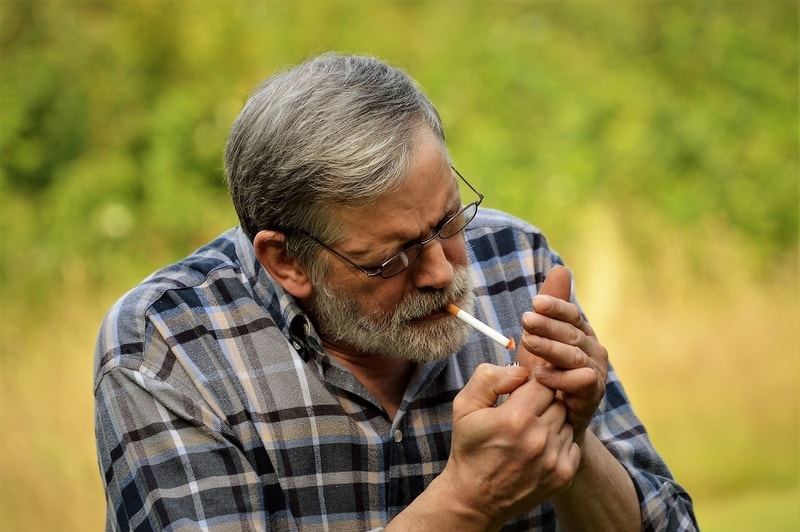 Smoking not only increases your risk of health problems, such as heart disease and blocked arteries, it’s also strongly linked to stroke. There are many different factors that can affect your risk, from gender to financial status. Here are some fascinating facts about smoking and stroke…

Did you know? There is a dose-dependent relationship between the amount you smoke and your risk of stroke. If you smoke 20 cigarettes a day you are six times more likely to have a stroke compared to a non-smoker (1) and for every 5 cigarettes you smoke the risk increases by 12% (2). Stopping smoking dramatically reduces these statistics and the health benefits increase for every year you don’t smoke. After fifteen years, your risk of developing a stroke is around the same as someone who has never smoked.

Your chance of dying from stroke varies greatly according to where you live in Europe due, in part, to the vast differences in stroke services available (3). Regardless of this, studies show people who choose to smoke have almost double the risk of suffering a stroke than those who don’t and are also twice as likely to die from it (1).

According to the World Health Organisation, around 8 million people die each year from smoking related illnesses, including stroke, and around 1.2 million of these deaths are caused by breathing second-hand smoke (4). Thankfully, in Europe, the death rate has fallen significantly in recent years, but the number of people living with disabilities, as a result of stroke, continues to be a huge problem.

Wherever you are in the world, the prevalence of smoking seems to be highest amongst those with low incomes. Over 80% of the world’s 1.3 billion tobacco users live in low- and middle-income countries, where the healthcare burden of tobacco-related illnesses is greatest. Here, smoking contributes to poverty as people forego basic needs, such as food and shelter, to fund their habit (4).

We’ve all seen those horrible pictures of lungs covered in tar. Well, imagine what that toxic tobacco is doing to your brain. Tobacco smoke contains over 7,000 different chemicals, including heavy metals and other toxins, that promote the development of ‘free radicals’. Over time, this can cause inflammation in the brain and lead to stroke (6).

Research suggests if the pattern of smoking all over the world doesn’t change, more than 8 million people a year will die of smoking-related diseases by 2030. With the total cost of stroke in Europe estimated at €60 billion in 2017 and forecast to rise to €86 billion in 2040, imagine how much of our healthcare budgets could be saved if every single person gave up smoking (7).

Smoking accounts for around 90% of the risk of stroke. Along with poor diet; high blood pressure; obesity; diabetes; lack of physical exercise; excessive alcohol consumption; high cholesterol; heart disease and depression; smoking is one of ten risk factors associated with stroke. The good news is these are all things you can change. Stop smoking and you’ll almost certainly reduce your risk of stroke (8).