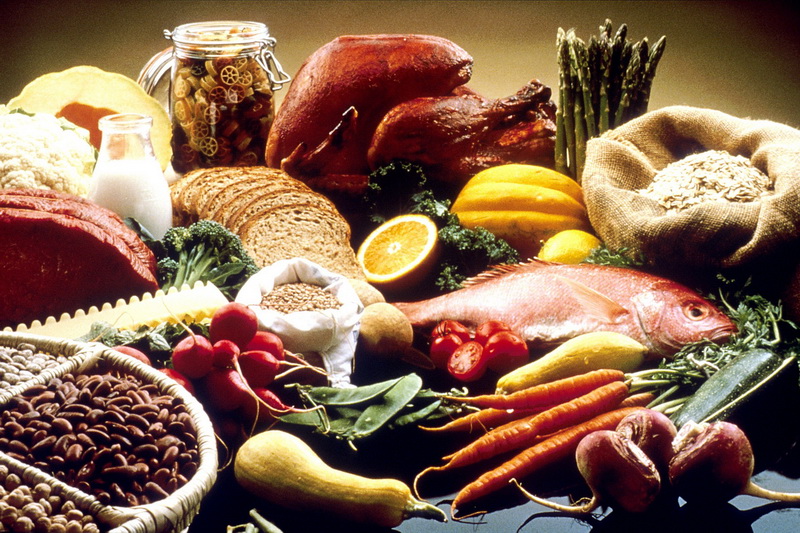 Among all impacts (actions, influences, corrections, …) on the risk factors, changing your eating habits is one of the easiest ways to decrease your risk, as it is directly related to other catalysts, such as being overweight and having high blood pressure.

In general, advice from medical professionals leans towards a diet rich in fruit and vegetables and low in saturated fats. But within this there are certain foods, food groups and dietary patterns that can significantly increase or decrease your risk of stroke. Here’s a quick overview of the important ones:

1. Fruit and vegetables reduce stroke risk by up to 21%

Several studies have indicated that following a Mediterranean style diet is closely associated with reduced stroke risk. (1) This, in part, means eating five or more pieces of fruit or vegetables a day. Groups who ate the highest quantities of these foods had the lowest stroke risk – by as much as 21% (1).

Whilst fruit and vegetables are also rich in a wide range of micronutrients and antioxidants, it’s Vitamin C that is directly linked with a 19% reduction in risk. (2) Furthermore, it’s important that this water-soluble vitamin is absorbed from food, rather than supplements, to have any tangible benefits.

Olive oil has become a popular alternative to butter and offers many health benefits, not least of which is related to stroke. One study found that eating an extra 25 grams of olive oil could equate to reduced risk of up to 18%. (3) While another found that people over 65, who had plenty of olive oil in their diets, had 41% lower chance of stroke than those who didn’t. (4)

4. Sweet drinks increase stroke risk by up to 16%

Sugar has hit the headlines in recent years due to the rise in obesity, especially in younger people, worldwide. Consuming less sugary foods not only helps to control weight and manage diabetes; it also lowers your risk of stroke. One study found consuming just one less sugar-laden, fizzy drink per day could reduce the chance of suffering a stroke by as much as 16%. (5)

5. Trans-fats increase stroke risk by up to 13%

It makes sense that a healthy diet shouldn’t be high in fat. But it’s the type of fat that seems to be more crucial when it comes to stroke. Polyunsaturated fats, as found in fish oils, are widely known to reduce your risk. While trans-fats, common in cakes, pies and biscuits, have been associated with an increased risk of stroke in men – up to 15%, according to one source. (6)

6. Red and processed meat increases stroke risk by up to 17%

Research shows, the more meat we eat; the higher our risk of stroke. Red meat (increased risk by 11%) contains large amounts of saturated fat, which is linked with higher cholesterol, another risk factor for stroke (7). While processed meat, (increased risk by 17%) is often manufactured with a high level of salt, which increases the risk of high blood pressure and, in turn, the probability of stroke. (8)

6. Mensink RP, Zock PL, Kester AD, Katan MB. Effects of dietary fatty acids and carbohydrates on the ratio of serum total to HDL cholesterol and on serum lipids and apolipoproteins: a meta‐analysis of 60 controlled trials. Am J Clin Nutr. 2003; 77: 1146–1155.

This website uses cookies to improve your experience while you navigate through the website. Out of these, the cookies that are categorized as necessary are stored on your browser as they are essential for the working of basic functionalities of the website. We also use third-party cookies that help us analyze and understand how you use this website. These cookies will be stored in your browser only with your consent. You also have the option to opt-out of these cookies. But opting out of some of these cookies may affect your browsing experience.
Necessary Always Enabled

Any cookies that may not be particularly necessary for the website to function and is used specifically to collect user personal data via analytics, ads, other embedded contents are termed as non-necessary cookies. It is mandatory to procure user consent prior to running these cookies on your website.