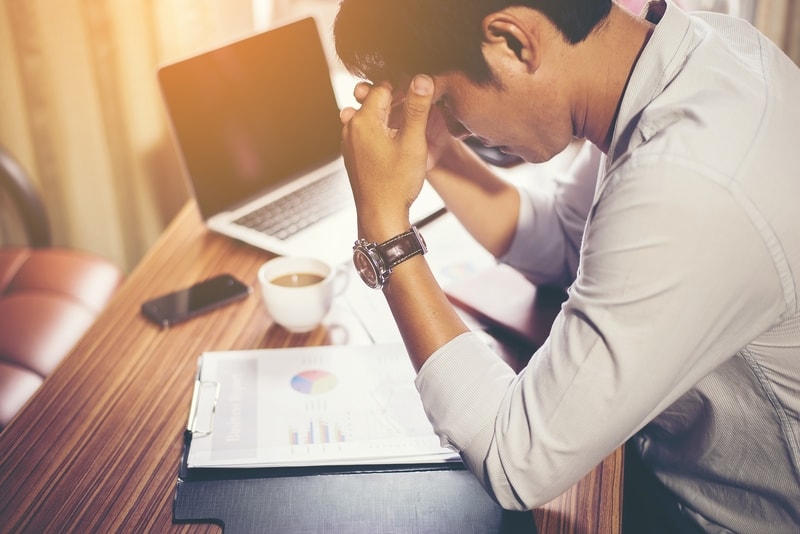 Depression is linked with an increased risk of stroke, but it is also very common for people to develop emotional disorders after stroke. According to some studies, 1 in 3 stroke survivors develop depression at any one time after stroke which can affect recovery and quality of life. (1)

Post-stroke depression (PSD) is more common after a major stroke than a minor one; and is seen more in women than in men. But it can be difficult to diagnose, because of other cognitive impairments, including speech problems; memory problems; and difficulty recognising objects and people. (2)

Everyone will suffer some degree of emotional problems after stroke. But it’s time to seek help if several of these symptoms appear together, or are frequent and prolonged:

It’s normal to feel sad or worried after a stroke. People are often naturally concerned about financial pressures or the reaction of family and friends. However, if these feelings of anxiety become overwhelming, it’s time to seek help.

At least 50% of stroke survivors have sleep-disordered breathing (SDB), which means their sleep is interrupted several times a night. Getting a good night’s sleep is an important part of how well people recover after stroke (3).

Problems with swallowing are very common after stroke, and so it’s only natural that a stroke survivor’s eating patterns may change. But if there is a noticeable difference in weight loss or gain, or levels of appetite, this can be a symptom of depression.

Strokes often lead to paralysis, which can not only make day-to-day activities difficult, such as eating and washing, but also stop a stroke survivor taking part in things they previously enjoyed. It’s the lack of interest in these activities, rather than the ability to do them, that is a warning sign for depression (4).

People naturally feel angry and frustrated after a stroke, when things they previously found easy, such as tying shoelaces, become incredibly difficult. But irritability can also be a sign of depression and can hinder health and recovery if it lasts for a long time. (1)

Depression is classed as one of the top ten modifiable risk factors for stroke (4). While recurrent strokes are more commonly associated with high blood pressure, heart disease and an irregular heartbeat, the psychological disorders mentioned above, such as sleep problems and anxiety, also need to be addressed, as they can prevent people from taking medications or following medical advice that is also designed to reduce their risk of further stroke (5).